Our promises to founders. 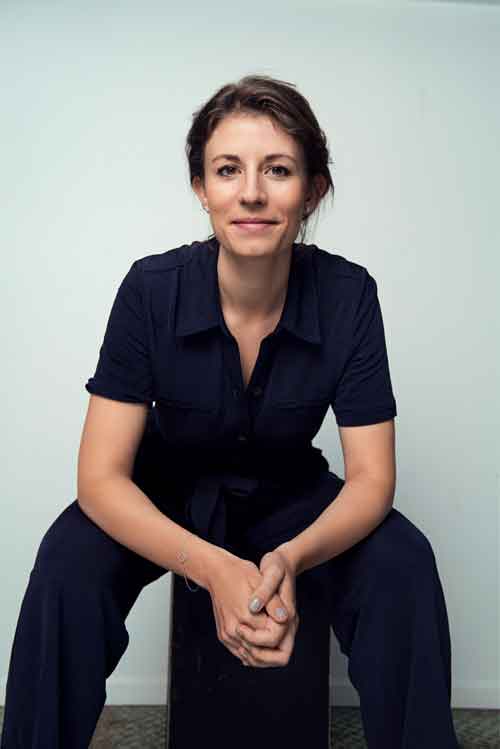 With a bachelor's degree in Business Finance from Cass Business School in London, Hanna’s career took off with Equity Sales at SEB, covering the Nordic stock markets. In 2017, Hanna said bye-bye to fish-n-chips and the city of London, to move back to her hometown Stockholm and to start working at SEB's Equity Capital Markets department. With her skills and excellent experience, she will co-steer the role of CEO of Flat. In addition to this, she has been a board member of MJW Invest AB since 2019 and a board member of Svenska Nyttobostäder since 2020. 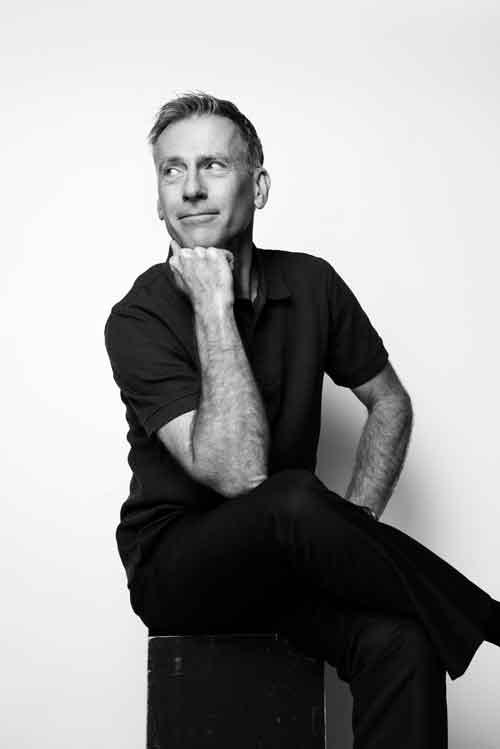 Some people were born to become leaders. Or sea scout leaders, like Björn, was. Björn specialized in Financial/Business Control at the University of Stockholm which brought him, among other things, to becoming CFO at Excosoft, and later Arbetslivsresurs. He also had interim assignments as CFO at First North-listed Karessa Pharma and Cavidi AB. Since 2017, he has been CEO and active through Bizfulness AB for advice in areas such as M&A. Since 2019, he has had an interim assignment as CFO at Radio Innovation and since 2020. Now a new adventure (on land) begins. 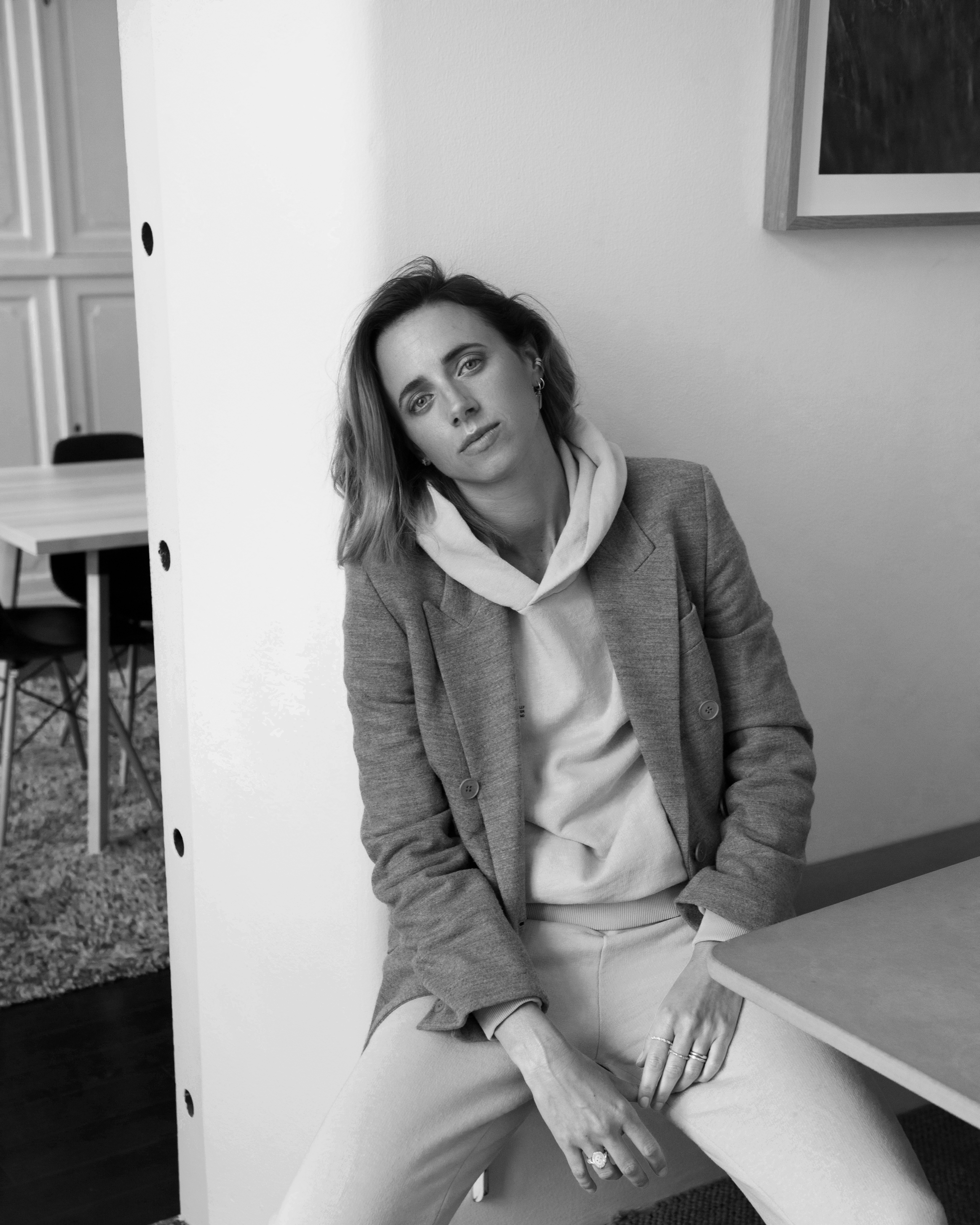 A pure nature force that walks its own path. Drilled from 15 years old by the fashion queen Gaby Borglund in everything from sales, inventory and order to fabric quality on purchase trips to Milan. With a masters degree from Stockholm School of Economics, with marketing as a primary subject, she takes the first obvious job, head controller at Swedish Match. After implementing budget tools and data warehouses, it's a comet career and she becomes marketing director at the age of 29. Further through a celebrated photo project in Africa and finally now as a founder and CEO for the charity platform Milkywire. She kicks her husband a-- in all things that require intelligence, focus and bluntness, not the least when it comes to investments. If she would have decided on Flat herself, it could have avoided its written off investments... Nina's heart is in the same place as Flat: In the right place. 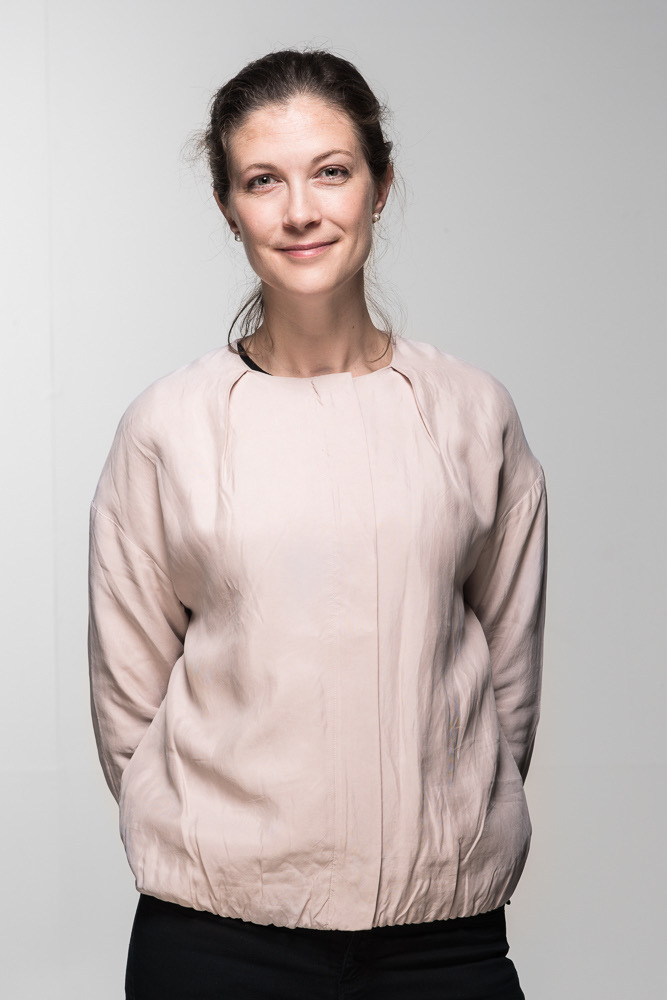 With a Master's degree in Industrial Engineering and Management from KTH Royal Institute of Technology, Charlotte is an investor who became a striking entrepreneur. After 7 years in the buyout team at the international investment firm 3i Group, Charlotte embarked on a new journey and founded Fenix. When Charlotte's grandmother passed away, she identified a market opportunity in one of the world's oldest industries. Fenix is a fast growing platform for funeral planning, probates and estate administration. In addition to the board assignment in Fenix Begravning, Charlotte is a board member of STILRIDE and a deputy board member of Milkywire AB. 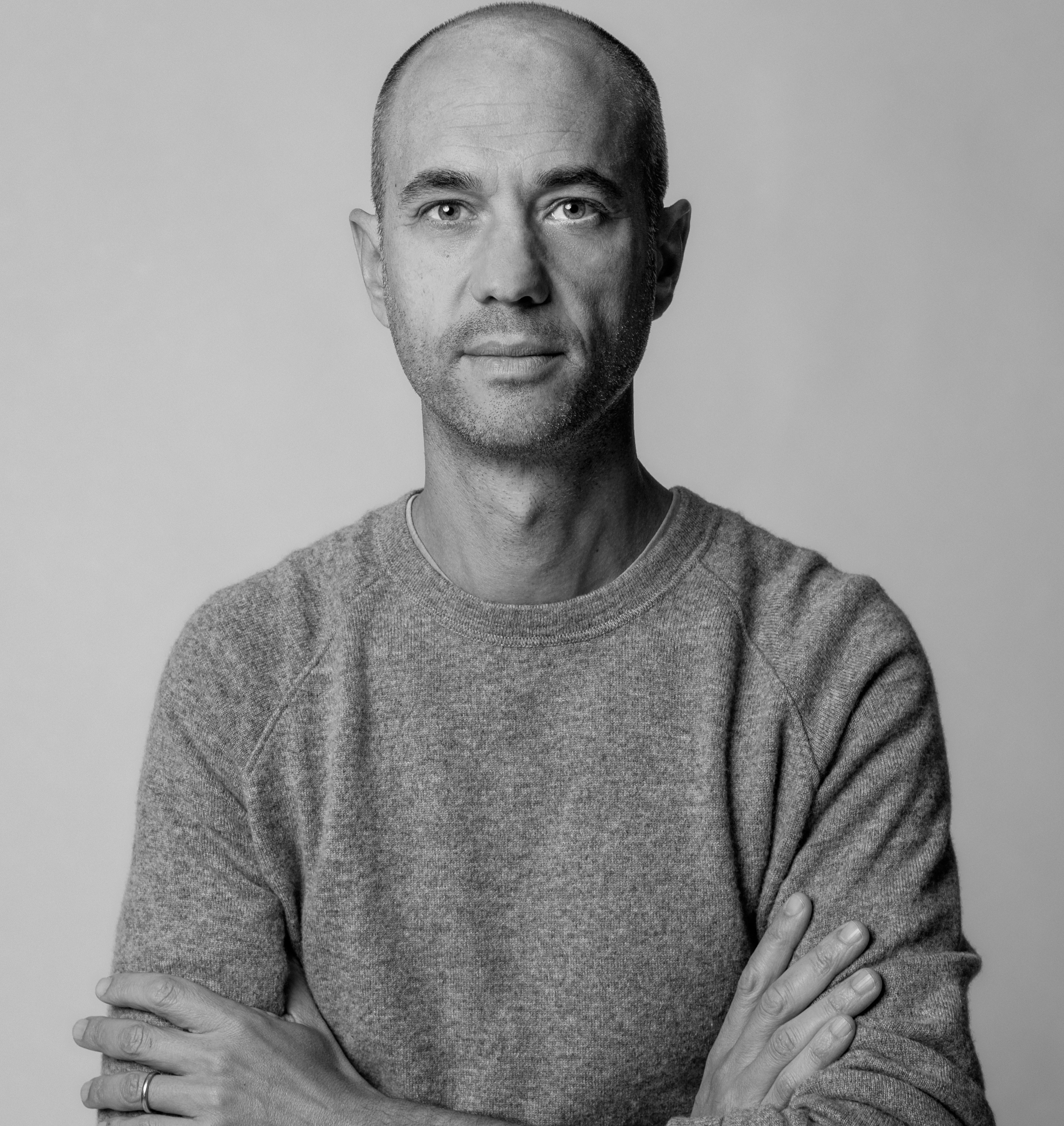 Amaury is the Swiss-qualified lawyer with some 15 years of experience in private equity and M&A, who co-founded NAXS AB, listed on Nasdaq Stockholm, as well as the investment company Enexis AB. The former focuses on investments in Nordic private equity funds, while the latter focuses on plant-based medical and wellness investments. Previously, Amaury was part of the management team of Terra Capital Investors Ltd, a private equity fund focused on biodiversity-enhancing investments in Latin America. Amaury has also spent 5 years on the board of the Rainforest Alliance, one of the world's leading environmental organizations. 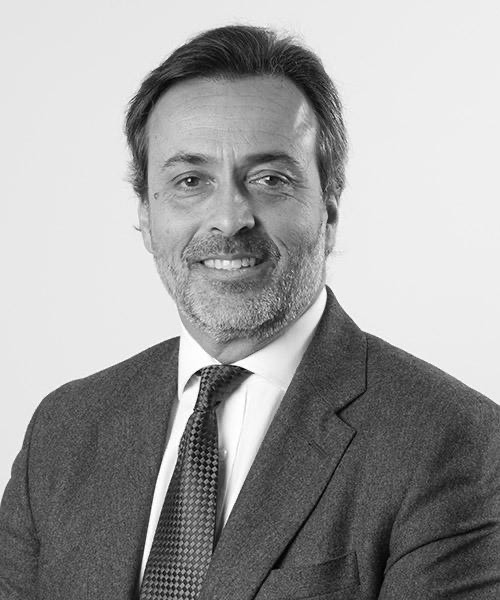 We have an Olympic rower on our board! With a medical degree from the Universidade Gama Filho in Rio de Janeiro, Marcello has focused his career on bridging the gap between economic development and social sustainability. Marcello founded the charity Pro-Natura International, then Terra Capital Investors Ltd, and Earth Capital—the world's largest private equity fund that only focuses on climate and sustainability. He has been responsible for large-scale projects in sustainable development for both global companies and governments and has participated in BHP Billiton's forum for corporate social responsibility, DuPont's World Wide Biotech Panel, and Procter & Gamble's Sustainability Council.

Chairman of the Board 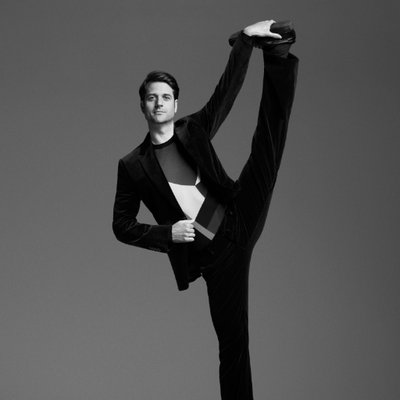 Few people have made as many mistakes as this man. Few have also worked as hard to correct them and learn from them. From Burger King, telemarketing, teaching, elder care and not the least Kempinski, to serve the customer is his passion. He finally ended up in the banking world, an industry more obsessed with serving itself than its customers. Through as many mistakes there, he is now 100% focused on trying to course-correct the bank industry, primarily through making as big of a mess in it as they can. Over the years his company, Klarna, has attracted the best and the worst investors, the mistakes and learnings from that, through long conversations with Nina and Amaury led to Flat.

Let us tell you a story.

Some years ago, a young man started a company with two friends. The young man was mainly driven by the excitement of starting a new venture by making online shopping easier. He had no real exit in mind, really he was mostly focused on all the great problems that could be solved for sellers and buyers online. It was his idea but he still believed to share equally with his co-founders, the only thing he did was take the CEO job.

Times were different back then: The internet bubble had burst a few years earlier; the internet stock had gone from hot to cold; the concept of starting a company was geeky and untrendy as most other students dreamt about employment at any of the fancy international banks or consultancy firms. But hope is a waking dream.

The boys found an angel investor and raised enough money to get started. They also found some tech people that would build the first version of the companies tech. Here however the founder has his first lesson in "long term". As they gave 37% away to the tech people, the 3 co-founders believed the tech guys would stay on and build the business with them. That was not however how the tech guys had perceived it, so after just a few months they completed their job and left. But the co-founders worked on and managed to get the company profitable within the first six months.

But the three young men, quickly felt they wanted other shareholders, shareholders that were backers and believers in the company, and shareholders that could add more value, especially legitimacy as the business was young but handling lots of money. They did not really want to raise money as they already felt diluted enough, but they realised they could help do some secondary, namely getting the tech people to sell to some new investors.

Luckily, they found two very prominent businessmen who had tons of experience and led a notable investment firm. The two businessmen helped buy out former investors and were ready to follow this new company's growth, not asking for the quick buck. But just a few years later, the two prominent businessmen's firms collapsed due to irregularities in another part of their business (we will not bore you with the details), and boom, they were gone.

Fortunately, the company found another investor. Perhaps the only one that could honestly call itself long-term investors, the guiding star and perhaps the best investor in tech ever. Getting this star investor onboard shielded the company from the two prominent businessmen mentioned earlier, but it didn't shield the company from the two businessmen wanting to sell their stocks. The company's CEO started looking for new investors: Not to raise money for the profitable company but to help sell the shares of these two businessmen, again a secondary trade. And so came onboard some new investors, who also guaranteed a long-term relationship—who later also saw challenges and also wanted to pull out.

The CEO had to put more time into finding new investors, just to facilitate secondaries, and less on actually running the company. Scaling, establishing a great culture, and launching new products and markets were more complicated than expected. The CEO saw lost opportunities and poor customer experiences. He got frustrated with himself: What was he doing wrong? And it didn’t get better.

He had to find new buyers and this time one of the best-known private equity funds wanted to invest. They promised to support him and jointly invest in all the opportunities once the CEO had figured out how to turn investments into growth. They also said they were really long term... Unfortunately, their views on 'risk' were different: While the CEO was eager to take the bold bets and go big on new products and markets, the private equity wanted to reduce spending, improve profitability, and prepare for an IPO.

Thanks to the real long-term quality investor, the CEO was backed in his ambitions. His team and colleagues delivered on the expectations and they became the highest most valuable private tech company in Europe.

The end. Or not yet. We haven’t reached the lesson learned in this story.

What could've been a smooth journey became a long bumpy process. For the first 16 years of the young man's company's existence, he had to spend a disproportionate amount of time raising new financing rounds to help "long-term" shareholders liquidate their positions, creating a massive distraction for himself and his colleagues. Billions of SEK were raised, but only a tiny fraction of that had been allocated to invest in the company's development.

But sure did all this taught the CEO a lot:

This whole thing puzzled him, and he wanted to learn more. He started to ask, where did the professional investors' money come from? Was it their own money? Well, it turned out their money came from so-called limited partners. Limited partners were just another name for more funds and investors who themselves managed money from other investors and so forth. Until most of the money turned out to initially come from pensions, endowments from universities, and charities. It made him happy when he realized that all the value creation that he and his colleagues had created, would eventually benefit retirees, researchers, and students. Though, he was still disappointed that a lot of money would disappear between the layers and layers of professional investors and their various fees.

The young man’s story gave us an idea for launching something little different: Not a disruption, just a contrarian thought for the few out there that we thought wanted something a little bit different.